Write like you speak? No, write better than that.

If writing is an essential element of your job, you’ve probably put at least some effort into becoming better at it. There are numerous books and courses out there to help you communicate clearly—even ones that promise to make your words jump off the page. Among these resources, you may encounter one or more that promise to teach you to “write like you speak.”

That is a terrible, terrible idea.

Granted, writing like you talk sounds great in principle. Speaking is easy for most of us. You can almost do it without thinking (and too many of us do). And unlike writing, no one ever stops you in mid-sentence to point out that your past participle didn’t mesh with your verb tense; it would be considered quite rude.

So yeah, I’d like to learn how to write in a way that requires little thought and liberates me from the tyranny of my editor (nothing personal, Craig).[1] But two recent revelations opened my eyes and forever changed my perspective as to why these two skills—writing and speaking—are not interchangeable.

For nearly a decade, one of my guilty pleasures has been teaching an evening physics course at local colleges. When COVID-19 hit, classrooms were quickly outfitted with cameras and microphones so students could watch my lectures live or access a recording. Editing these videos presented me with my first-ever opportunity to watch myself teach, and despite being covered in a face mask, I must admit to being a bit horrified.

Most of my sentences began with an exuberant, “So!” followed by a long pause to ponder what I wanted to say. I could imagine my students making a weekend drinking game out of my lectures. “Every time he says ‘so’, you gotta do a shot!”  (The joke’s on them; they’d all be passed out in ten minutes.)

But it gets worse. I also learned that I frequently—no, consistently—reused the same conjunction repeatedly to connect my phrases and sentences. It wasn’t and, or, but, or because. It was much swankier than that. It was “Ummm… and,” “Ummm… or,” “Ummm… but,” etc.

Yep, I couldn’t believe what I was hearing. It sounded like I was channeling a Tibetan monk while teaching Newton’s laws of motion. It was certainly a wake-up call that made me more aware of how I speak—and glad that I was a writer.

The other eye-opener that turned me away from “Write like you speak” stemmed from my writing work. I frequently interview people and record the exchange on a video call. Before I sit down to write, I relisten to the call and transcribe the key points.

Often, I find myself just typing away for a minute or more when I realize that I haven’t hit the period key in a while. Sure enough, I’ll have ten new lines of transcribed copy on the page with only commas and dashes to separate the chunks of text because I haven’t found a logical end to their sentence yet!

Speaking and writing are just different

I found both of these observations to be very telling about how we communicate. Talking is purely audial, but there’s a lot of brain activity going on simultaneously. A 2013 study by the National Institutes of Health states, “Most of us barely give a conscious thought to the process of speaking, but it’s one of the most complex actions we perform…. Your brain needs to quickly and precisely coordinate your lips, jaw, tongue and … voice box.”

On top of that, we often make gestures with our hands, eyes, and mouth to accentuate key points and take the focus off the purely grammatical elements of speech. We string thoughts together using inflections instead of the hard stops required by the rules of grammar.

I eventually came to feel better about my lecturing. Besides my frequent Ummms, I noticed my frequent use of intonation—the rise and fall of the voice in speaking—and comedic physical actions, like shrugged shoulders, jazz hands, and air quotes.

I also tended to keep moving when I spoke, which I suspect served to keep both myself and my audience awake. (Did I mention it was a night class?) I observed that even my frequent stretched-out “Sooo…” was often choreographed with arms that slowly outstretched to make it abundantly clear that I was building up to a question.

Conclusion? As a lecturer, I was—at the very least—interesting to watch (if not brilliantly articulate), and in the end, that might make the greater impression on an audience.

Can you write like you speak? Yes, and I suspect you could also learn to speak like you write. But in both cases, you’d be detracting from the inherent strengths of each method. The odds are good that your favorite author and favorite actor aren’t the same. Neither are speaking and writing. Use that distinction to your advantage to do both of them better. 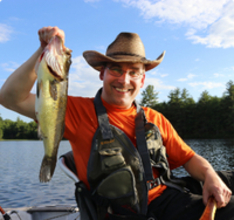