A premise is a dangerous place to leave your server.

The copy team at MarketReach starts a public-service campaign.

There’s a lot of confusion in the technology industry about the best place to locate servers, switches, and other hardware, and it’s making the workplace a dangerous place. As professional marketing communicators serving the tech industry, the writers and proofreaders of MarketReach are kicking off an advertising campaign meant to heighten awareness around the dangers of locating hardware on premise.

“A premise is something assumed, a presupposition if you will,” says MarketReach Senior Proofreader Craig Clarke. “In other words, it’s just an idea. Ideas don’t physically exist, so they’re incapable of supporting the weight of a server or other hardware. And a single server can weigh more than 100 pounds.”

“We’ve seen these disasters too many times,” says MarketReach Proofreader Sara Desharnais. “Well-meaning IT professionals think they’re placing their server on a supportive surface, only to see it drop clean through the premise and onto the floor. It can mean tens of thousands of dollars’ worth of equipment dented and damaged, not to mention flattened feet.”

For the sake of foot safety and reduced CapEx, the team’s campaign will implore IT pros to locate their hardware on-premises, rather than on-premise. Unlike a premise, premises offer that all-important characteristic: physical existence. Premises consist of buildings and offices and other rooms—all with sturdy walls and solid floors perfect for supporting weight. The campaign will also warn against locating heavy equipment on-prem, because a prem not only lacks physical existence but is also not even a word.

“The confusion over premise and premises is understandable,” explains MarketReach Writer Dave Jagodowski. “We speakers of English are generally not accustomed to the plural form of a word indicating something seemingly singular, such as, in this case, a location. This lures innocent, well-intentioned people into mistakenly shaving off the S.” He adds that people are also not used to a word’s singular form having a definition so dramatically different from its plural form. 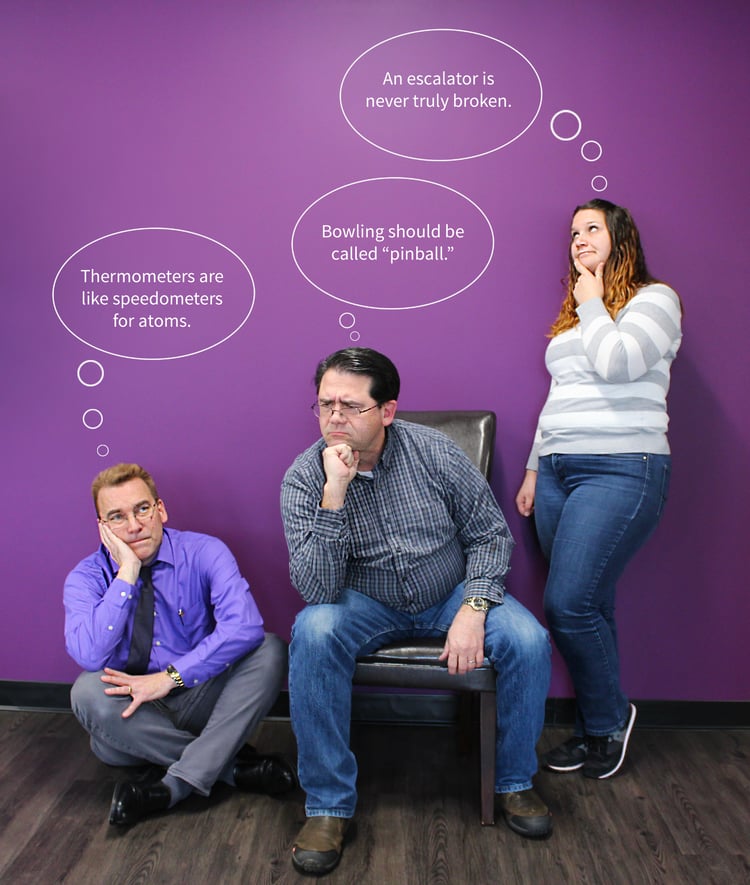 Dave, Craig, and Sara ruminating over their preferred premise.

Communicators employed by several of the technology companies MarketReach serves have tried to warn their coworkers about the premise problem through explanations in their company style guides, but this measure has been ineffective. Hardware stored on premise remains a leading cause of workplace foot injuries, which often result in slower time to market … supermarket.

“We had to pitch in and do something,” says Desharnais. “If our campaign can save even just one server or one pinky toe, it will all be worth it.”

With over two decades of experience as a writer and content strategist, Dan will be the first one to tell you he knows what he’s doing. He oversees all things related to COPY. (Don’t call it content… he hates that.) Dan enjoys the challenge of writing for clients who expect, recognize, and welcome good writing, and shares this passion within his copy team. 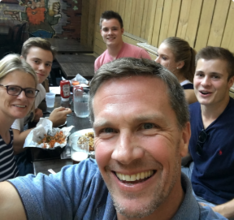