Digital transformation? Sure, but don’t take away my notepad.

Business and technology—and especially technologies for business—move fast. For the past decade, “digital transformation” has been all the rage, as businesses scramble to adjust to a technological age nearly outpacing their ability to keep up.

So-called legacy technologies, once good enough for day-to-day operations, can no longer pass muster.[1] Customers expect companies to keep up with the reality of a world gone virtual.

Just about everything has transformed digitally from how we consume media to how we create it, including the jotting down of notes. Having ideas saved to a hard drive or cloud storage means they are searchable, easy to organize, and accessible via smartphone on demand.

Plus, it saves paper.

But not everyone is willing to place their trust fully in the cloud. Despite the prevalence of smartphones and the plethora of applications for note-taking, a surprising number of people still prefer to take their notes on paper.

With a notepad at hand, you can look at something on the screen and make notes on paper. (This also gives your eyes a chance to refocus on something that’s not blue light.) Another widespread belief is that handwriting is better for the memory.[2] Using a notes app also means going from navigating one program to navigating another, which increases your active cognitive load (basically, how much “brain RAM” is full at any given time).

Polls I submitted on Twitter and LinkedIn gave gratifyingly similar results to this question: “Do you make notes on paper, or do you use an app?” (The choices were paper, app, and both/other.) Of those who responded, 90% said “paper” or “both,” with only 10% fully converted to digital note-taking. Various reasons were given, from the “sense of achievement” that accompanies physically crossing things off a list to paper’s independence from batteries or service outages.

Much like the resurgence of vinyl LPs and manual typewriters, a passionate subculture has arisen around modern notebooks inspired by vintage designs. In fact, one survey taker responded with just a photo of their Field Notes.

But preferences range from spiral-bound to sticky notes to the standard legal pad. When I was a book reviewer, I would take notes on a “pad” of reused one-sided printouts folded and held together with a binder clip.

A new crop of hybrids

We live in a world of hybrids: hybrid crops, hybrid vehicles, hybrid clouds. It seems we’ve also settled into a hybrid style of note-taking. Hybrid vehicles have seen record sales, so why not hybrid notebooks? Hybrid note-taking balances handwriting with searchability—the best parts of both types.

Epitomizing this is the recent slate of reusable notebooks. These combine the benefits of analog and digital methods via bound pages made of synthetic paper. The pages are specially designed to be written on with a proprietary pen, scanned for online storage with an app that uses optical character recognition (OCR), and then wiped clean for reuse.

Popularized by Rocketbook, others have since entered the market. Merging the notepad and tablet, reMarkable advertises itself as a “paper tablet,” emphasizing its hybrid nature right away. (Also note how the camelCase presentation of the name ensures you see the pun.)

Personally, I still take notes with whatever is handy. I have a notepad on my desk, but I keep a running grocery list on my phone. I even started this blog using the voice-to-text feature of Google Docs on my phone so I could have access to it wherever inspiration struck.

As the world changes, I expect we’ll see further iterations of note taking apparatus that we can’t even imagine yet. Until then, I’m satisfied to have many options for setting down ideas that I will then completely forget about.

[1] “Cut the mustard” is also apt here. Don’t “cut the muster,” though, and if a cookout is involved, feel free to pass the mustard.

[2] One study widely reported by the media found students who took notes by hand did better on recall questions than those who took notes on a laptop. The laptop students “performed worse on conceptual questions” and “tend[ed] to transcribe lectures verbatim rather than processing information and reframing it in their own words.” These results, to date, have been impossible to replicate—those who’ve tried have had mixed results—but the media attention made it fact for most people. In fact, three people I surveyed referred to this idea specifically in their reported preference for paper. 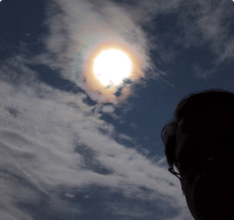